A Home Away From Home

I got to Ireland a little less than two months ago in order to begin my Master’s study at Trinity College Dublin as a George J. Mitchell Scholar. I was the first of the Mitchell Scholars to arrive at Trinity this past August. I came early to campus in hopes of attending my postgraduate orientation on campus and meeting others before the initiation of my classes; I was unaware, however, that due to the COVID-19 pandemic there were only a limited number of in-person seats and the orientation would largely be held online! At first, therefore, I had a great deal of solitude and quietness as the campus was empty prior to the start of the school year and the other Mitchell Scholars had yet to arrive. Nevertheless, I made the most of my time and watched orientation online with a nice cup of coffee and sat in Library Plaza, looking out on the iconic Trinity Campanile.

Since then, my time in Ireland has flown by increasingly fast as I have immersed myself in my classes and into the many opportunities available in Dublin. My Master’s program in Race, Ethnicity, Conflict is within Trinity’s Sociology program and focuses on the construction of identity (such as race, gender, sexuality…etc) and its implications in the creation of conflict. I’m taking four classes this term: (1) Theories of Race and Ethnicity, (2) Theories of Conflict, (3) Research Methods, and (4) Racism and Resistance. The Master’s program is an interesting topic to be studying in Ireland, in the wake of the growing diversity in Ireland since the emergence of the “Celtic Tiger” and Ireland’s history of British colonization and sectarian violence. It is also relevant today, with the rise of the radical right, populist leaders, and identitarian politics across the Western World over the past decade.

Apart from my classes I’ve also been exploring Dublin and the surrounding area. Starting off with the Mitchell Orientation Weekend in Mid-September, I went to the MoLi museum and the Epic Museum, on a walk around Greystone, and to the Powerscourt Estate—which has one of the most beautiful sets of gardens I’ve seen—with the other Mitchell Scholars.

On my own, I’ve been traveling around the area and have taken full advantage of the free historical sites owned by the government; from Dublin Castle and the National Museum to the National Gallery and the Royal Hospital, I’ve been traveling around Dublin learning about the history of the Island I am calling my home for the academic year. In addition to museums and castles, Dublin also has a large number of free parks such as Phoenix Park that I’ve been exploring. At a bit of a cost, but equally worthwhile, I’ve also gone to see the Guinness Storehouse, St. Patrick’s Cathedral, and the Book of Kells.

Ireland has been, so far, a place of great beauty and exploration, with extremely kind people. I’ve even grown a liking for Guinness! 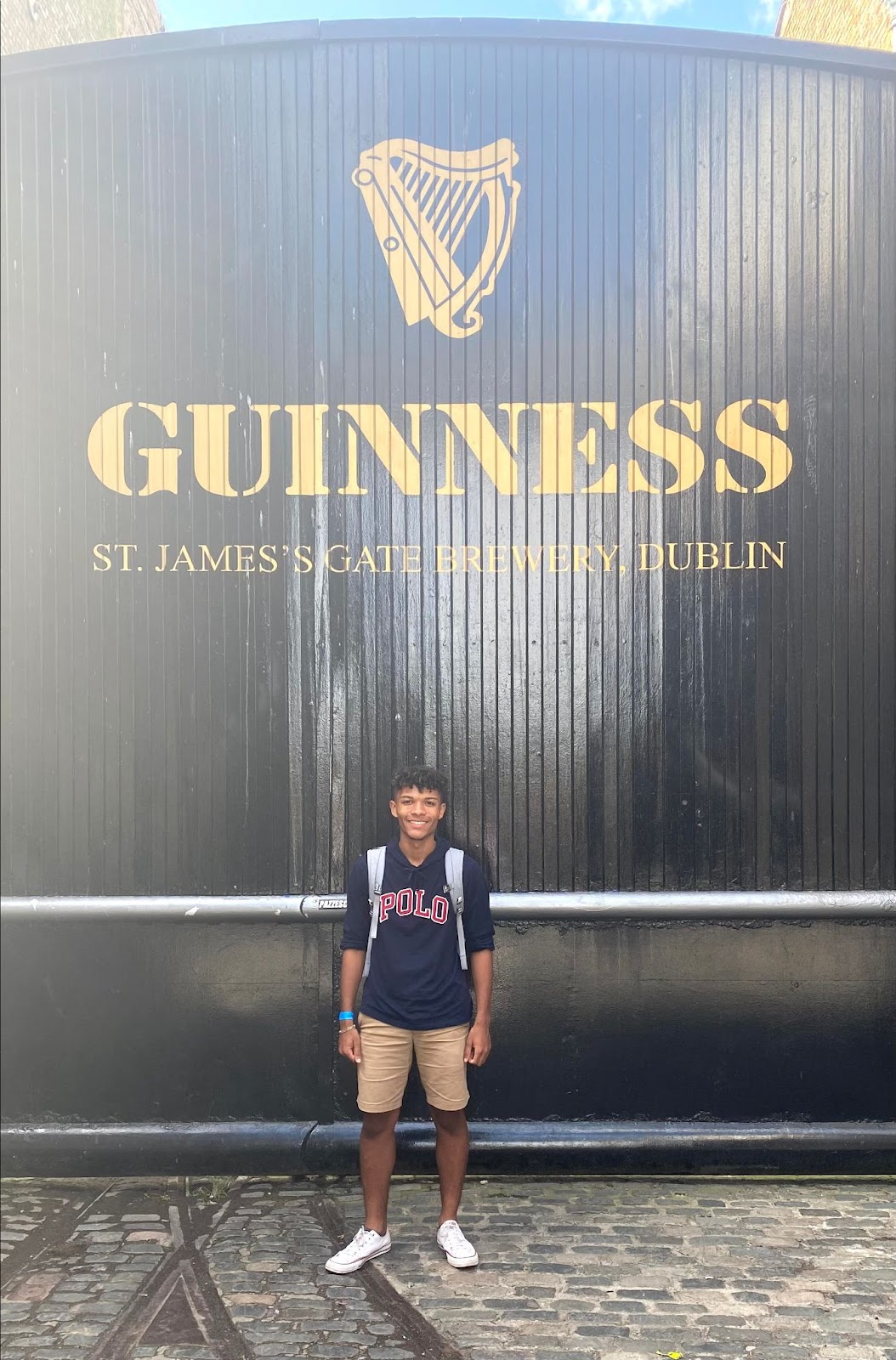